Displaying firearms including pistols and rifles and also other items like powder horns.

Fire arms, both rifles and hand guns, are a popular collector’s item. Usually they are pre and post war sporting fire arms, American and foreign military fire arms, and tactical fire arms. Some collect based on how the fire arms were used, some collections will be based on the evolution of the fire arms and others will collect based on a historical era.
There are a number of ways to display fire arms from the typical wall rack to elaborate custom stands.
Art Display Essentials has clear acrylic table top stands for rifles that are sold separately in three sizes to accommodate different size fire arms. Typically a shorter one will be at the stock and the taller one will be at the forestock. By using these combinations you can also get a tiered effect with two rifles. These can be seen here: http://www.artdisplay.com/gun-stands.html

For mounting hand guns there are other options. Art Display Essentials carries a wood stand that has a post that goes into the magazine to hold the gun. Revolvers have a different type of wood stand that has a wood post on which the barrel rests. These can be seen here:
http://www.artdisplay.com/single-pistol-stand.html
http://www.artdisplay.com/single-revolver-stand-2.html

Another option that has a refined look is to use one of Art Display Essentials H-arms. You can bend the H shaped armature to hold your pistol or revolver the way you want. You can float it off of the base or have the handle sit on the base.

This same H-arm is also used for mounting powder horns and other items of that nature.

Powder Horns on H-Arms and a T-arm

For a specific high end stand for your fire arm or powder horn you can have one custom made. 10-31 Inc. has been mounting rifles, hand guns, and powder horns for over 30 years. In 1993, 10-31 was awarded the contract to produce mounts for and install over 2000 historically significant firearms for the National Firearms Museum. 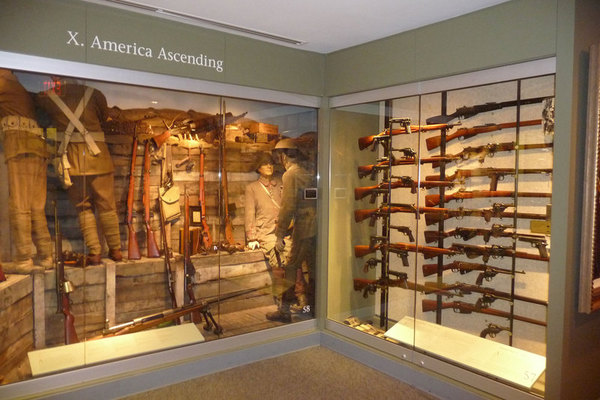 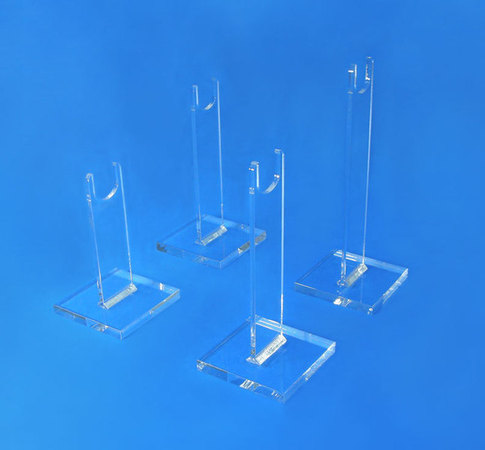 Single stands can be used to prop up items:

Video of a revolver being mounted with an H-Arm

H-Arm that has not yet been bent: 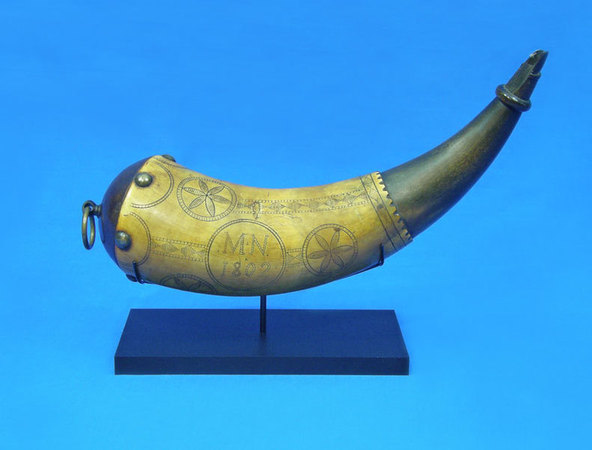 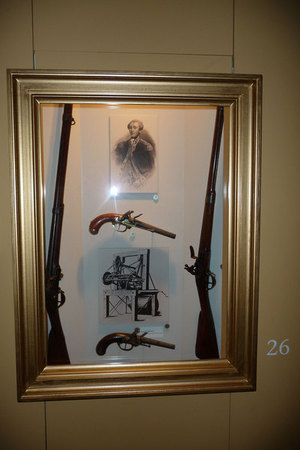 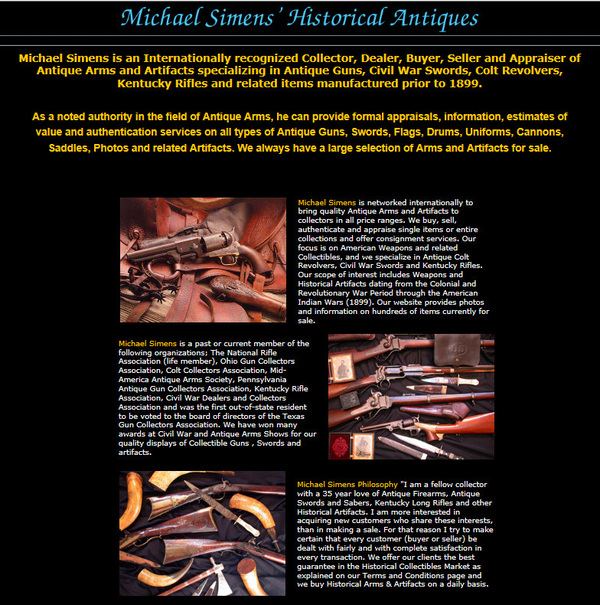